Board Member at Informatica

Jerry Held, Ph.D, has been a successful entrepreneur, executive and investor in Silicon Valley for over 40 years. He has been involved in managing all growth stages of companies from conception to multi-billion dollar global enterprises. He is currently chairman of Tamr and Madaket Health and serves on the boards of Informatica, NetApp (NTAP) and Copia Global. He served as executive chairman of MemSQL and Vertica Systems (acquired by HP) and was lead independent director of Business Objects (acquired by SAP). Previously, Dr. Held was “CEO-in-residence” at the venture capital firm Kleiner Perkins Caufield & Byers. He was senior vice president of Oracle Corporation’s server product division and was a member of the executive team that grew Tandem Computers from pre-revenue to a multi-billion company. Dr. Held received his Ph.D. in computer science from the University of California, Berkeley, where he led the initial development of the INGRES relational database management system. 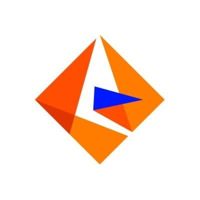