President and CEO at Interpace Biosciences

Mr. Burnell has extensive leadership experience in the healthcare, biotechnology, laboratory sciences and manufacturing sectors. From October 15, 2019 until November 30, 2020, he served as President and Chief Executive Officer of Cardiovascular Clinic of Nebraska LLC, a medical treatment facility focused on diagnosis and treatment of cardiac and vascular disorders and remains in the role of Chairman of the Board. From October 2, 2017 until November 29, 2017 he served as Chief Executive Officer and a director of True Nature Holding, Inc., a public company now known as Mitesco, Inc. that focuses on development and acquisition of innovative technologies. From July 16, 2016 until March 31, 2017, Mr. Burnell was the President of Boston Heart Diagnostics, a diagnostics subsidiary of Eurofins Scientific, Inc. (“Eurofins”). From January 2014 to December 2016, Mr. Burnell was an Operating Partner of Ampersand Capital Partners (“Ampersand”), a private equity firm and the manager of private equity funds that are a major stockholder of the Company, where he represented Ampersand’s investment in a dietary supplement manufacturer, Elite One Source Nutrisciences, Inc., as its President and Chief Executive Officer. From October 2014 until May 2016, Mr. Burnell served as Executive Chairman of Accuratus Lab Services, Inc., a provider of laboratory testing services, and from September 2012 until July 2014 he was President and Chief Executive Officer of Viracor-IBT Laboratories, Inc., a specialty testing laboratory with an emphasis on the transplant market, during which time it was majority-owned by Ampersand prior to its sale to Eurofins. Mr. Burnell performed the above described services as the Co-Owner, General Partner, and Chief Executive Officer of Milestone Business Management, a consulting firm focused on strategic, financial, and organizational performance of food, pharmaceutical, and life science companies. 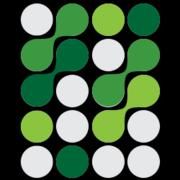