Crystal is a partner at Lowercase, where she co-led our early investments in companies including Uber and Blue Bottle. When selecting and advising her technology and charity portfolio, Crystal often relies upon her experience as a globally-renowned advertising creative helping outfits like Audi, Intel, Barclays, HBO, Sprint, and even Napster speak to a worldwide audience with thought-provoking wit and insight. Today, her focus extends into bolstering our democracy, promoting diversity in the venture capital community, championing the plight of women and girls around the world, reforming our criminal justice system, and healing the planet. Crystal’s career prior to Lowercase was marked by a little bit of good luck and a lot of formal recognition: a Cannes Lion, Two Gold Cannes Cyberlions, a few One Show Pencils, and a pile of ADCs, D&DADs, Kellys, Andys, Effies, Webbys, and ADDYs. She was named an ADC Young Gun, one of AdWeek’s “Best Creatives You Don’t Know,” and served as a judge for the One Show and the Webbys. You’ll likely recognize her “Rockstar” spot for Intel which was regarded as one of the funniest ads of the year and was eventually translated into multiple languages. Crystal is a designer, artist, and author. Her wine book, The Essential Scratch & Sniff Guide to Becoming a Wine Expert, was a New York Times Bestseller and Amazon #1. The follow-up book, The Essential Scratch & Sniff Guide to Becoming a Whiskey Know-It-All achieved resounding acclaim and is a surefire way to take the mystery out of whiskey. She serves on the Board of Trustees of the Cooper Hewitt, Smithsonian Design Museum and is a founding member of the The Design Vanguard. 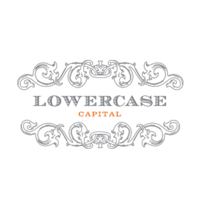