Professor George Werther, a pediatric endocrinologist, is Director of the Centre for Hormone Research at Murdoch Children’s Research Institute and Director of Endocrinology at the Royal Children’s Hospital (RCH) in Melbourne. Werther has been involved in clinical and basic research on growth and development for about 30 years, focusing on growth hormone (GH) and the insulin-like growth factor (IGF) system and mechanisms of regulation of the linear growth in both short and tall stature. His more recent work examines roles of the IGF system in abnormal growth and cancer, as well as in metabolism and obesity. He was a founding Director of Antisense Therapeutics Limited, a publicly listed biotech company with a strong focus on therapeutic regulation of the GH/IGF system, whose original lead drug came from research in his laboratory. He has authored over 180 publications, served on multiple national and international scientific and commercialization review bodies and editorial boards, and has given many invited national and international lectures and symposia. He is regarded as an international authority on the IGF system in health and disease. 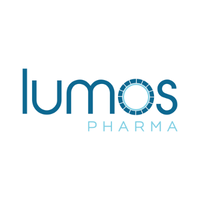