View in org chart
View in org chart
Mr. Lawee has served as a member of our board of directors since November 2017. Mr. Lawee has served as a Partner of CapitalG, a growth equity fund backed by Alphabet Inc., the parent company of Google LLC, or Google, a global technology company, since January 2013. Prior to CapitalG, Mr. Lawee served as Google’s Vice President, Marketing and later as Google’s Vice President, Corporate Development. Prior to joining Google, Mr. Lawee co-founded numerous companies, including Xfire, Inc., an online gaming company which was acquired by Viacom Inc., and Mosaic Venture Partners, a venture capital firm. Mr. Lawee currently serves on the boards of directors of a number of privately-held companies. Mr. Lawee holds a B.A. in Philosophy from the University of Western Ontario, an M.B.A from the University of Chicago and a B.C.L. from McGill University. 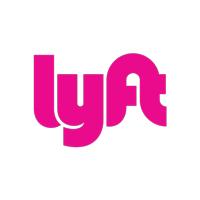