Jason Groves has served as the Company’s Executive Vice President and General Counsel since November 2011, and Corporate Secretary since June 2015. Mr. Groves was a director of the Company from 2009 to 2015. He served as an independent director and member of the Audit Committee from 2009 to 2011 and later the Executive Committee from 2011 to 2015. Prior to joining Medifast in November 2011, Mr. Groves served as Assistant Vice President of Government Affairs for Verizon Maryland from 2003 until 2011 and in various other roles since joining Verizon Maryland in 2001. Mr. Groves is also a United States Army veteran. He was a direct commissioned Judge Advocate in the United States Army Judge Advocate General’s (JAG) Corp. As a JAG Officer, he practiced law and had the distinction of prosecuting criminal cases in the District Court of Maryland as a Special Assistant United States Attorney. Over the course of three years, he received two Army Achievement Medals, and one Army Commendation Medal. Mr. Groves is a member of the New Jersey and District of Columbia bars, as well as several bar associations. 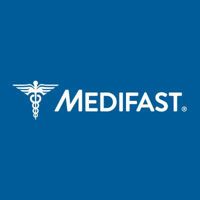