Mr. Alec Yiu Wa Tsui was appointed as an independent non-executive director on December 18, 2006. Mr. Tsui is the chairman of our nominating and corporate governance committee and our audit and risk committee and a member of our compensation committee. Mr. Tsui has extensive experience in finance and administration, corporate and strategic planning, information technology and human resources management, having served at various international companies. He held key positions at the Securities and Futures Commission of Hong Kong from 1989 to 1993, joined The Stock Exchange of Hong Kong Limited (“HKSE”) in 1994 as an executive director of the finance and operations services division and was its chief executive from February 1997 to July 2000. He was also the chief operating officer of Hong Kong Exchanges and Clearing Limited from March to August 2000. During his tenure at the HKSE, Mr. Tsui was in charge of the finance and accounting functions. Mr. Tsui was the chairman of the Hong Kong Securities Institute from 2001 to 2004 and a consultant of the Shenzhen Stock Exchange from July 2001 to June 2002. Mr. Tsui was an independent non-executive director of China Blue Chemical Limited from April 2006 to June 2012, China Chengtong Development Group Limited from March 2003 to November 2013, China Power International Development Limited from March 2004 to December 2016 and China Oilfield Services Limited from June 2009 to June 2015, all of which are listed on the HKSE. Mr. Tsui has been a director of Industrial and Commercial Bank of China (Asia) Limited since August 2000. Mr. Tsui is also an independent non-executive director of a number of companies listed on the HKSE, Nasdaq and the Philippine Stock Exchange, including COSCO Shipping International (Hong Kong) Co., Ltd. since 2004, Pacific Online Limited since 2007, ATA Inc. since 2008, Summit Ascent Holdings Limited from March 2011 to September 2018, Melco Resorts and Entertainment (Philippines) Corporation since December 2012, Kangda International Environmental Company Limited from July 2014 to April 2019, DTXS Silk Road Investment Holdings Company Limited since December 2015, and Hua Medicine since September 2018. In addition, due to his long experience as an executive supervising finance and accounting functions, and extensive knowledge and expertise in internal controls and procedures for financial reporting and other matters performed by audit committees in general, Mr. Tsui also serves as a member of the audit committee on several of the companies on which he serves as a director. Mr. Tsui graduated from the University of Tennessee with a bachelor’s degree in industrial engineering in 1975 and a master of engineering degree in 1976. He completed a program for senior managers in government at the John F. Kennedy School of Government at Harvard University in 1993. 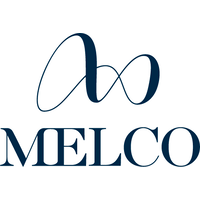