View in org chart
View in org chart
Michel A. Khalaf is president and chief executive officer of MetLife, Inc. (NYSE: MET), one of the world’s leading financial services companies. MetLife provides insurance, annuities, employee benefits and asset management to customers in more than 40 countries around the world and holds leading market positions in the United States, Japan, Latin America, Asia, Europe and the Middle East. In 2018, MetLife had $68 billion in revenue and ranked 43rd on the FORTUNE 500®. Khalaf became president and CEO on May 1, 2019. Khalaf joined MetLife in 2010 as chief executive officer of its Middle East, Africa and South Asia region through the company’s acquisition of AIG’s Alico. In 2011, Khalaf joined MetLife’s Executive Group when he was named president of its Europe, Middle East and Africa (EMEA) region with responsibility for individual and group insurance businesses sold through agent, broker, bank and direct channels in more than 25 countries. In 2017, he added responsibility for the company’s U.S. businesses – Group Benefits, Retirement & Income Solutions and Property & Casualty – and for Global Employee Benefits, a horizontal business unit dedicated to growing employee benefits in approximately 40 countries. 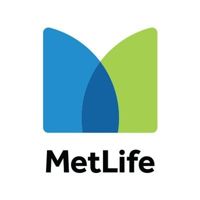