Maria was appointed as Chief Executive Officer of MTG in September 2020. She previously served as Chief Financial Officer from November 2015 until September 2020. She has also held a number of senior positions at MTG, including Head of Group Finance and Group Controller. Her roles in the Group have included the positions of CFO, and later CEO, of MTG’s former gaming entertainment company Bet24, as well as a number of financial positions, and she started her career at MTG as a management trainee in 2004. Maria has been a Member of the Board of Directors at NetEnt since 2012. She holds a Master’s degree in International Business from the University of Gothenburg. Direct or related person ownership: 10,036 MTG class B shares and 58,284 warrants of series 2019/2022 as per 31 December 2019. 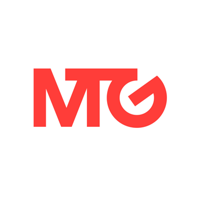