Deborah Kerr was appointed to the board in November 2017. Deborah Kerr is a product and technology executive that serves as an advisor, director and consultant to private and public companies. She also serves on the board of directors of Chico’s FAS and EXLService Holdings, Inc. Previously, Kerr served on the boards of DH Corporation and Mitchell. From 2013 to 2017, Ms. Kerr was the Executive Vice President, Chief Product & Technology Officer for Sabre Corporation, a software and services technology provider to the travel and transportation industry. Prior to her role at Sabre Corporation, Ms. Kerr served as Executive Vice President and Chief Product & Technology Officer at Fair Isaac Corporation from 2009-2012. From 1998 to 2009, she served in various technology leadership roles at Hewlett-Packard Company, and from 1988 to 1998, at NASA Jet Propulsion Laboratory. Kerr holds a M.S. in Computer Science and B.A. in Psychology. She resides in Dallas, Texas, with her husband, Alan. 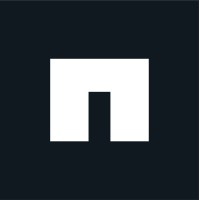