Nomahlubi is the Chief Executive Officer of Zanusi Brand Solutions (Pty) Limited. She has extensive marketing and advertising experience both locally and internationally and has worked at BLGK Bates as Managing Director, Unilever in South Africa and Kenya as Marketing Manager and British American as Marketing Director in South Africa and USA. She currently serves as an Independent Non-Executive Director for The Foschini Group Limited, Cashbuild Limited and Hollard Insurance. Ms. Simamane has been an Independent & Non-Executive Director of Oceana Group Limited since September 10, 2009. She has served on the boards of various Marketing and Communications committees including the Association of Advertising Agencies (AAA), Advertising Standards Authority's (ASA’s) Advertising Properties Committee and UNEP’s Advisory Committee. She has received various awards including the Businesswoman of the year at the National Business Awards and BBQ as well as being named the Enterprising Women of the year in Fort Lauderdale in Florida, USA. 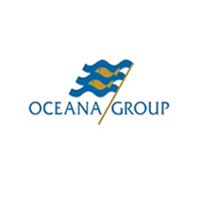