Barry L. McMahan retired as Senior Vice President of Seneca Resources, a wholly owned subsidiary of National Fuel Gas Company, and was responsible for Seneca’s Operations in the U.S. Mr. McMahan joined Seneca in 1988 and managed Seneca’s California assets before being promoted to manage all company assets. Mr. McMahan has more than 34 years’ experience in oil and gas production development and management. As a member of Seneca’s senior management, Mr. McMahan was engaged in all aspects of both conventional and shale development. Mr. McMahan attended California Lutheran University where he majored in Finance. He was a member of the American Petroleum Institute, the Society of Petroleum Engineers and the Western States Petroleum Association, where he served on the Board of Directors. Mr. McMahan was named the Western States Petroleum Association’s Man of the Year in 1994 for his efforts in regulatory reform. In addition, he serves on the Board of Trustees and the endowment committee for Pyle’s Boys Camp, an organization serving at-risk disadvantaged young men in Southern California. Mr. McMahan joined the board of U.S. Well Services, a private equity backed pure play hydraulic fracturing services company with operations in the Appalachian basin and Texas. Mr. McMahan’s board service was concluded with a successful IPO in November of 2018. Mr. McMahan currently serves of the Board of Tribune Resources, where he chairs the compensation committee and serves on the audit committee. 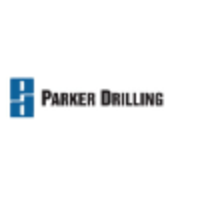