Pascal Ferracci joined Parques Reunidos as Chief Executive Officer in 2020. Before joining our group, Pascal was the CEO of Center Parcs Europe from October 2018 onwards, being as well Chairman of the Board of Directors and member of the Pierre & Vacances Center Parcs Group Executive Committee. He joined Pierre & Vacances in 2000 where he held different roles within the group before taking over as CEO of Center Parcs Europe. Pascal has a thorough knowledge and experience in the leisure industry. Pascal led, in a multicultural environment, the transformation of Center Parcs, based on Company cultural changes, profitable growth, guest centric experience, product innovation and digitalization. Pascal has also developed a strong background in finance. He was Chief Financial Officer at Pierre & Vacances Center Parcs Group and has worked as an auditor at PwC and lead M&A processes for the global credit insurer Coface. Pascal holds a Bachelor of Business Administration from Audencia Business School in Nantes 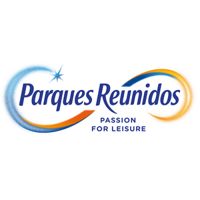