Frederick S. “Stu” Bresler is responsible for all aspects of PJM’s market functions. His responsibilities cover all of the markets operated by PJM, including those for Capacity, Day-Ahead and Real-Time Energy, Ancillary Services, Financial Transmission Rights and Demand Response operations. Mr. Bresler is responsible for the continued evolution of PJM’s markets, including the integration of renewable resources and the development of analytics around the performance of those markets. An employee of PJM since 1994, Mr. Bresler previously held other leadership and management positions within the Markets Division, as well as engineering positions in the Operations Division. Mr. Bresler earned a Bachelor of Science in electrical engineering and a Master of Management in business administration from The Pennsylvania State University. He is a licensed professional engineer in the state of Pennsylvania. Mr. Bresler is chair of the board of PJM Connext, Inc., a PJM subsidiary. Mr. Bresler is also chair of the board of APEx (the Association of Power Exchanges), an international organization of electricity and gas market operators, and a member of the board of directors of the North American Energy Standards Board and Habitat for Humanity of Chester County. 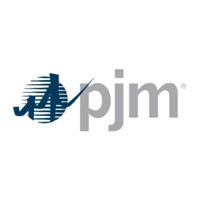