As Chief Delivery Officer, Michael has overall responsibility for PSI’s technical leadership, country operations, strategy and fundraising functions to ensure we deliver effective and efficient value to our funders, our government partners and our health consumers in the Global South. Michael brings 15 years of executive leadership experience in large international organizations undergoing significant change. His previous roles include Deputy CEO (and interim CEO) of Marie Stopes International (MSI) in London where he led all aspects of global strategy, business development, communications and policy dialogue. From 2012-2014, he served as MSI’s Senior Vice President for International Programs with responsibility for country operations in more than 32 countries. During 1995-2007, Michael worked as a PSI country representative in Romania and then as a director of regional programs in southern Africa (Swaziland and Lesotho), Southeast Asia (Cambodia, China, Laos, Myanmar, Philippines, Thailand and Vietnam), and Central America (Belize, Costa Rica, El Salvador, Guatemala, Honduras, Nicaragua and Panama). He previously worked on international human rights law and LGBTQ advocacy in the former communist states of Europe, where he co-founded Romania’s leading national LGBTQ advocacy organization ACCEPT. He began his career working for a private sector strategic issues management firm in Washington DC. 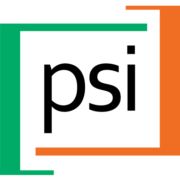