View in org chart
View in org chart
Prada Bianchi Miuccia is a Chief Executive Officer of the Company. She was first appointed as the Chairperson of the Board on November 20, 2003 until February 14, 2014 and she was most recently re-elected as Executive Director on May 26, 2015. Ms. Prada holds a directorships in Prada Holding S.p.A., Bellatrix S.p.A. and Ludo S.r.l., which are substantial shareholders of the Company. Ms. Prada received an Honorary Doctorate from the Royal College of Art (London) in 2000. Ms. Prada is a co-founder of our Group along with Mr. Bertelli. Ms. Prada is the wife of Mr. Bertelli, one of our Chief Executive Officers. Ms. Prada is not and has not been a director of any other listed companies in Hong Kong or overseas in the past three years. 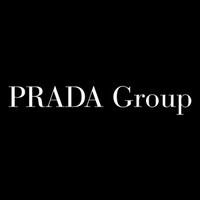