Paul Carbone has been the President and Managing Partner of Pritzker Private Capital and its predecessor, Pritzker Group Private Capital, since 2012. Pritzker Private Capital partners with entrepreneur‐ and family‐owned middle‐market companies with leading positions in the manufactured products, services and healthcare sectors. For the prior 13 years, Paul was the Director and Managing Partner of the Private Equity Group of Robert W. Baird & Co., which makes venture capital, growth equity and buyout investments in smaller, high‐potential companies in the US, Europe and Asia. Prior to 1999, Paul was the Co‐Director of Investment Banking responsible for Robert W. Baird & Co.’s Mergers and Acquisitions Advisory practice. Prior to joining Robert W. Baird & Co. in 1994, Paul was Senior Vice President in the Investment Banking Group at Kidder, Peabody & Co. Paul is on the board of directors of several civic, cultural and charitable organizations, including the Shedd Aquarium (Executive Committee and Chair of the Finance Committee), University of Chicago Medical Center (Executive Committee and Chair of the Finance Committee) and The Art Institute of Chicago. He also advises the Misericordia Endowment Fund and is a member of the Commercial Club of Chicago and the Economic Club of Chicago. In 2016, Paul received the Stanley C. Golder Award from the Illinois Venture Capital Association in recognition of his contributions to the private equity industry in Illinois. Paul has served as an EY Entrepreneur of the Year regional judge as well as national judge for the Family Business category. Paul is a Phi Beta Kappa graduate of The College of the University of Chicago. He received his MBA from Harvard Business School. 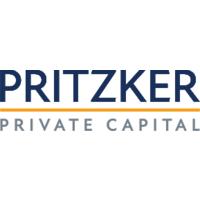