View in org chart
View in org chart
Mr. Somnath Ghosh is on the Board of the Bank since December 07, 2020. Mr. Somnath Ghosh is an Industrial Relations, HR, Organization Design and Institutional Development specialist. He retired as Professor & Founding Dean (Academics) from Indian Institute of Management Kashipur. Prior to that he was Professor and Chair of the doctoral program at MDI, Gurgaon. He has also held regular faculty positions at IIM Lucknow, Bangalore and Indore; International Management Institute, New Delhi and Administrative Staff College of India, Hyderabad. As an academic administrator, he has chaired the graduate programme in management, the doctoral programme, behavioral application group, and research and publication. As Dean (Academics), he designed the collegiate and sentient system, attracted outstanding faculty to work in a small town like Kashipur, mentored them, and designed and implemented faculty development initiatives. All these enabled IIM Kashipur to figure in 16th place in NIRF ranking within three years. He also established and chaired the Centre of Excellence in Sustainable Development which was able to garner ample research funding. Before shifting to academics, he was with the Reserve Bank of India for five years (1980-85) and helped in the implementation of computerization of the clearing house in the face of stiff union opposition for which he was granted a Letter of Appreciation. Later, he continued his association with the banking sector as a board member with Krishna Bhima Samruddhi Local Area Bank which he served for two terms. His consulting and institutional development experiences are also wide and many. Among his over twenty five assignments, he has consulted in the areas of compensation management, performance management, organization design, and work practice changes with such organizations as NTPC, Coal India, Ester Industries, Union Carbide, Kriti Industries, among others. He has also been a consultant to The World Bank on three different occasions; Lead Consultant to Development Commissioner (Handicrafts), Government of India; British Government’s Department of International Development (DFID), and to Public Health Foundation of India on such diverse issues as R&R of project affected people, livelihoods, and public health. And just recently, he was engaged by Johns Hopkins University to advise the restructuring of the Directorate of Medical Health of Govt. of Uttar Pradesh. As a reflection of his consulting and institution building roles, he has served on the boards of several organizations. He has also authored over 75 articles, chapters, reports and cases. Mr. Somnath Ghosh is a B.A. (Hons) in English, M.A. (Politics), M.Phil (Industrial Relations), Ph.D. (Industrial Relations).
Company start date: December 7 2020 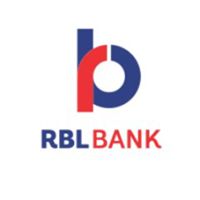