Mr. Mukesh D. Ambani (DIN 00001695) is a Chemical Engineer from the Institute of Chemical Technology, Mumbai (erstwhile the University Department of Chemical Technology, University of Mumbai). He pursued an MBA from Stanford University in the US. He has been on the Board of Reliance since 1977. He initiated Reliance’s backward integration journey – from textiles to polyester fibres and further onto petrochemicals and petroleum refining, and going upstream into oil and gas exploration and production. He created multiple new world-class manufacturing facilities involving diverse technologies that have raised Reliance’s petrochemicals manufacturing capacities from less than a million tonnes to about 21 million tonnes per year. In the late nineties, Mr. Mukesh Ambani spearheaded the creation of the world’s largest grassroots petroleum refinery at Jamnagar in Gujarat, India, with a capacity of 660,000 barrels per day (33 million tonnes a year), and integrated it with petrochemicals, power generation, port and related infrastructure. Further, he steered the setting up of another 580,000-barrels-per-day refinery next to the first one in Jamnagar. With an aggregate refining capacity of 1.24 million barrels of oil per day at a single location, Jamnagar has become the refining hub of the world. He also led Reliance’ development of infrastructure facilities and implementation of a pan-India organized retail network spanning multiple formats and supply chain infrastructure. Today, Reliance Retail is the largest organised retail player in India. He has created global records in customer acquisition for Jio, Reliance’ digital services initiative. He led and established one of the world’s most expansive 4G broadband wireless network offering end-to-end solutions that address the entire value chain across various digital services in key domains of national interest, such as education, healthcare, security, financial services, government-citizen interfaces, and entertainment. Mr. Mukesh Ambani is a member of The Foundation Board of the World Economic Forum. He is an elected Foreign Member of the prestigious United States National Academy of Engineering. He is a member of the Global Advisory Council of Bank of America. He is also a member of International Advisory Council of The Brookings Institution. 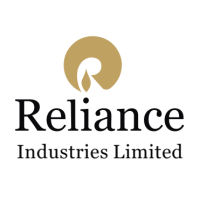