John Collison is cofounder and president of Stripe, a company that lets businesses and individuals accept payments over the internet. In September 2019, Stripe raised a $250 million funding round with a valuation of $35 billion. John and his brother Patrick hatched the idea for Stripe while both were in college in Cambridge at MIT. The company's first payment was processed while both were on vacation in South America. John was born and raised in the countryside near Limerick, Ireland, where his parents ran a lakeside hotel. 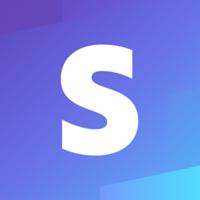