Dr. Sophie Kornowski is currently senior Partner at Gurnet Point Capital, an investment fund based in Boston, Massachusetts, which is a wholly owned subsidiary of Waypoint Capital Group. In her role, Dr. Kornowski provides investment advisory services in the healthcare and lifescience sector. Waypoint Capital Group is the investment fund associated with the Bertarelli family. Dr. Kornowski previously served as Executive Vice-President of Roche Partnering and was a member of the Roche Extended Corporate Executive Committee as well as a member of the Board of Chugai, Japan. Prior to that, Dr. Kornowski led the French affiliate of Roche in France for 5 years. Before joining Roche in 2007, she held several management positions at Merck & Co. (1996-2007), Sanofi Winthrop (1991-1996), and Abbott Diagnostics and Abbott Pharmaceutical Products (1985-1991). In addition to her functions in Syngenta, Dr. Sophie Kornowski holds the following board memberships: - Non-listed companies: Founder and Non-Executive Director of Même Cosmetics, France. Dr. Sophie Kornowski is also a member of the Swiss Innovation Council and the Strategic Committee of the Genopole in France. 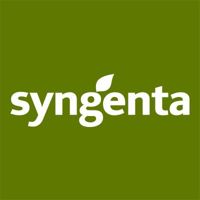