President and CEO at The Harry and Jeanette Weinberg Foundation

Rachel Garbow Monroe has been the president and CEO of The Harry and Jeanette Weinberg Foundation, one of the 50 largest private foundations in the United States with approximately $2.9 billion in assets, for nearly 10 years. The Weinberg Foundation is dedicated to meeting the basic needs of people experiencing poverty and provides approximately $125 million annually in grants to nonprofits, primarily in the US and Israel, which provide direct services in the areas of Housing, Health, Jobs, Education, and Community Services. Monroe leads a staff of more than 60 across offices in Baltimore, Maryland and Honolulu, Hawaii. She has been instrumental in the creation and launch of several new initiatives, including a national convening on Jewish poverty in the United States, as well as a $12 million partnership with the Foundation for Jewish Camp to increase accessibility for campers and staff with disabilities. Monroe also directed the reframing of the Foundation’s grants structure to five focus areas. Previously, she helped conceive and launch the $10 million Baltimore Elementary and Middle School Library Project, as well as the Foundation’s major events, including the Biennial Community Gathering, the Employee Giving Program, the Israel Mission Alumni Scholars Program, and the Small Grants and Baltimore City Community Grants Programs. Previous professional roles include chief operating officer for The Associated: Jewish Community Federation of Baltimore; the worldwide director of marketing for the international architectural firm Skidmore, Owings & Merrill; and marketing manager for the Jewish Community Centers of Chicago. For five years, Monroe also served as an adjunct professor at Johns Hopkins University where she taught a graduate nonprofit marketing course at the Institute for Policy Studies. Most recently, Monroe was included in City & State New York’s inaugural Philanthropy Power 50 list. In 2019, she was recognized as one of the Baltimore Business Journal’s Power 10 CEOs, as well as The Daily Record’s Influential Marylanders. In 2017, Monroe received JPRO Network’s Mandelkorn Distinguished Service award, and in 2016, she was honored as SmartCEO Magazine’s “CEO of the Year.” In 2012, she was named to the Forward 50, the news magazine’s list of the 50 Jewish-Americans “who have made a significant impact on the Jewish story.” Previously, Monroe was recognized by The Daily Record as an Influential Marylander (2010) and as a three-time recipient of Maryland’s Top 100 Women (2011, 2009, and 2007), placing her in the “Circle of Excellence.” In 2006, the Baltimore Business Journal named Monroe to its “40 Under 40” list. Currently, Monroe volunteers at Northwestern University and serves on the board of the Center Club in Baltimore. She also holds ex-officio positions with Leading Edge—an unprecedented partnership of Jewish foundations and organizations whose goal is to build a robust talent pipeline for Jewish organizations—and Baltimore’s Promise, a citywide collaborative composed of public, business, higher education, nonprofit, community, and philanthropic leaders. Previously, Monroe served on the boards of the Greater Baltimore Committee, the Ronald McDonald House of Maryland, and Timber Grove Elementary PTA. Rachel Monroe earned a B.A. from Northwestern University and an M.M. (MBA) from its J.L. Kellogg School of Management, where she majored in marketing and nonprofit management. She is also a graduate of the Wexner Heritage Program, the United Jewish Communities Mandel Executive Development Program, and the Leadership Program of the Greater Baltimore Committee. Monroe is married with three children. 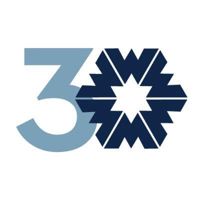 The Harry and Jeanette Weinber...