Mr. Morrison has served as the Chairman and Chief Executive Officer of the TowneBank Mortgage and Realty Group since June 2016, when Monarch was merged into TowneBank. Previously, he served as Chief Executive Officer of Monarch Mortgage from 2011 until June 2016 and Executive Vice President and Chief Operating Officer of Monarch Mortgage from 2007 until 2011. Mr. Morrison has approximately 30 years of banking experience and has previously served as chief operating officer and chief credit officer at local community banks. 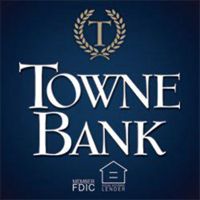