Mr. Geveden has served as a Director on TTM’s board since 2018 and currently is the president and chief executive officer of BWX Technologies, Inc. (NYSE: BWXT), a $2.1 billion nuclear industrial conglomerate headquartered in Lynchburg, VA. Previously, Mr. Geveden was executive vice president at Teledyne Technologies Incorporated, a provider of electronic subsystems and instrumentation for aerospace, defense and other uses. Mr. Geveden is a former Associate Administrator of the National Aeronautics and Space Administration (“NASA”), where he was responsible for all technical operations within the agency’s $16 billion portfolio and served in various other positions with NASA in a career spanning 17 years. Mr. Geveden holds both a bachelor’s and master’s degrees in physics from Murray State University. 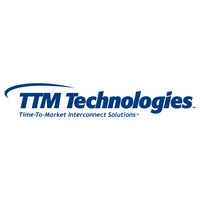