Richard van Huyssteen has been the Executive Director: Information and Communication Technology Services (ICTS) since 1 November 2018. Mr Van Huyssteen is not new to the University of Cape Town (UCT), having served as the Director: Systems Division within ICTS since 2014. In this role he was responsible for the provision (identification and selection, implementation, incremental enhancement and integration) and support of application systems that support identified aspects of university administration, teaching and learning, and research. With a BCom (hons) in information systems management (first class) from UCT and an eye for identifying areas for improvement, he initially joined UCT as manager of the Faculty of Science in 1994. Three years later he was seconded as user representative to the Project to Revolutionise Information Systems and Management project. His valuable input led to him becoming project manager of the Integrated Student Information System project from 2003 to 2006. In 2006 he established the Student Systems Support section within the Office of the Registrar, which ensures that UCT makes effective use of its student administrative systems. Under his leadership, changes to the degree certification process resulted in this key business process becoming faster and more secure. Other upgrades included putting a system in place to support the postgraduate memorandum of understanding, which improved the readmission application process, and developing an early warning system to assist with the identification of students who are struggling academically. Mr Van Huyssteen is a founder member and past chair of the Southern African Higher Education User Group (SAHEUG), which aims to foster collaboration between a group of software customers in the southern Africa region. Through this collaboration, UCT and three other South African universities co-developed the revised functionality required to enable them to integrate with the new student-centred process implemented by the National Student Financial Aid Scheme. He is also a member of the Oracle Global Education and Research Industry Strategy Council. 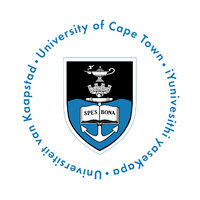