Marco is the co-founder and a general partner of The Venture Reality Fund (The VR Fund), where he oversees the company’s investments in early-stage virtual reality (VR), augmented reality (AR) and mixed reality (MR) startups. He has extensive experience in executive roles with leading technology companies and in global investments. For more than ten years Marco has focused on strategic investments across media, entertainment, lifestyle, sports and technology with firms most recently with Evolution Media Capital (Evolution), where he led its investment in JauntVR, as well as Trinity Ventures, Selby, GameChange Ventures, U.S. Bancorp Piper Jaffray Ventures. In addition to his role at The VR Fund, Marco actively advises numerous media and technology companies in the VR and AR sectors. Marco started his career as a programmer and then researcher at NASA/Ames Research Center. Prior to joining Evolution, he served as president and chief executive officer of the leading mobile game studio, PlayFirst, which he sold to Glu Mobile (NASDAQ: GLUU) in 2014. Marco’s previous exec roles included president and chief executive officer of Racktivity, and chief financial officer of General Magic, where he managed its Initial Public Offering raising over $100 million, and worked alongside some of the most talented engineers and visionaries in Silicon Valley’s history developing intelligent communications devices and technologies that were essential to today’s smartphones, online communication and commerce. Marco holds a Master of Business Administration from Carnegie Mellon University; a postgraduate Engineer degree in aeronautics and astronautics from Stanford University; a master’s degree in mechanical engineering from San Jose State University; and a bachelor’s degree in mechanical engineering from the United States Naval Postgraduate School. His postgraduate studies and research at NASA focused on mathematical modeling and digital control of helicopters, drones, and robotics. 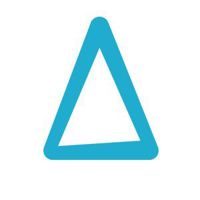