John joined the VHT board in early 2015 with more than 25 years of medical device experience as an executive and company director, John currently serves as the President and CEO of VytronUS, Inc., a venture-backed start-up using novel catheter-based ultrasound and robotics technology to treat atrial fibrillation, a cardiac arrhythmia. Prior to VytronUS, John was the President and CEO of Endoscopic Technologies, Inc., a leader in minimally invasive and endoscopic treatment of atrial fibrillation. Since 2007, John has also served on the board of directors of several health technology start-up companies, including U-systems, Inc., which pioneered automated breast ultrasound imaging as an adjunct to mammography for breast cancer screening and was acquired by GE Healthcare in 2012. Previously, John served as President and CEO of R2 Technology Inc., the pioneer and leader in computer-aided detection of breast cancer, until Hologic Inc. acquired the company in 2006. Before joining R2 Technology, John was the president of the Ultrasound group at Siemens Healthcare, where he led the acquisition and integration of Acuson and subsequent growth of that company to $1 billion in revenue. He is based in Silicon Valley, California. 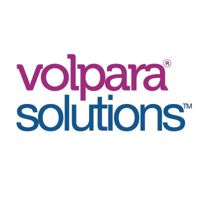