Blake DeSimone is WebMD’s Chief Financial Officer, a position he was appointed to in September 2016. Prior to that, Mr. DeSimone served as Senior Vice President – Finance of WebMD from the time that he joined WebMD in June 2015. In that role, he was responsible for the Company’s SEC and financial reporting, financial planning and analysis, and treasury management. Prior to joining WebMD, Mr. DeSimone served as Chief Financial Officer of D+M Holdings, a global consumer electronics company, from 2010 to June 2015. From 2007 to 2010, he was President and Chief Financial Officer of Advogent Group, Inc., a services company providing sales and marketing support to the healthcare industry. Prior to that, he served in executive roles at Cardinal Health and Boron Lepore & Associates, Inc. Mr. DeSimone is a Certified Public Accountant and started his career in Arthur Andersen’s Assurance Practice. Mr. DeSimone received his undergraduate degree from Loyola University Maryland. 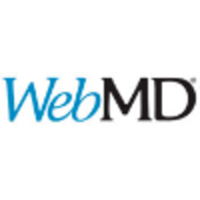