View in org chart
View in org chart
Engels Tejeda is a trial attorney at Holland & Hart in Salt Lake City. He is committed to the importance and value of giving back to his community and volunteering his legal services on a pro bono basis. Tejeda served as a public affairs non-commissioned officer in the U.S. Army Reserve from 1999–2007, including two active-duty deployments to Iraq and Kosovo, during which he helped develop and implement a media and public affairs program. He received the Army’s commendation and achievement medals, the NATO medal, the National Defense Service Medal and a Global War on Terrorism Service Medal. Tejeda graduated from Westminster College cum laude in 2003 with a B.A. in economics then attended the University of Utah S.J. Quinney College of Law, where he graduated with his J.D. in 2006. By appointment of the Utah Supreme Court, he serves as a volunteer judge pro tempore for the Salt Lake City Justice Court Small Claims Division. He is actively involved with the Utah Minority Bar Association, Utah Center for Legal Inclusion, Utah Bar Association, the National LGBT Bar Association and the Hispanic National Bar Association. Tejeda is from the Dominican Republic and currently resides in Salt Lake City. 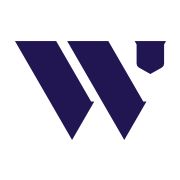