Eyal Feder-Levy is the CEO & Co-Founder of ZenCity. He co-founded ZenCity in 2015. Previously, Eyal was the Chief Operating Officer of TAU City Center, Tel Aviv University's Interdisciplinary Research Center for Cities and Urbanism. Prior, he was the Executive Director of The Garden Library. Eyal earned his BS in Computer Science from Tel Aviv University in 2016. 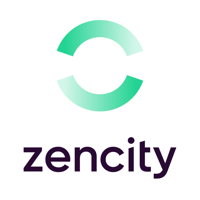