Marc Kapiloff, has been with Epic Waters Indoor Waterpark, since April of 2017. He was part of our pre-opening team. He oversees all food & beverage outlets, which includes, concessions, bars, birthdays and catering events. Recently, we have taken over the Epic Rec Center, where Marc oversees, the café, bars and catering events. Marc's many years of experience includes, F&B Director of Lone Star Park Thoroughbred Race Track; F&B Director of Remington Park Racetrack, in Oklahoma City; Vice President of F&B, for Grande Catering, at Retama Park, in San Antonio; Vice President of Concessions for Kwik Kafe, in Omaha , Nebraska, overseeing the Omaha Civic Auditorium, the Iowa State Football Stadium and the Lloyd Noble Arena, at the University of Oklahoma; General Manager of F&B for Odgen Food Service, at Oklahoma State Fairgrounds, Louisiana Downs Racetrack and Kirkwood Meadows Ski Resort; General Manager of F&B for Volume Services, at San Jose Convention and Cultural Center, Kiel Auditorium, in St. Louis, Kemper Arena, in Kansas City and finally Marc started his career, as Manager Trainee and Assistant Manager of Royals and Arrowhead Stadiums, in Kansas City. In these many years of experience, in the recreational feeding field, Marc has managed many high end events, such as, Breeders Cups; MLB playoff games; NFL playoffs and Super Bowl; the Preakness; the Charismatic Convention, which they served over 250,00 meals per day utilizing, Royals and Arrowhead Stadiums, Kemper Arena and The American Royal. Marc's many experiences, has given him the opportunity to serve, many entertainers, profession athletes and politicians, to include, both President Bush's and Vice President Mondale. Marc is a graduate of Kansas State University, with a Bachelor of Science degree, in Hospitality Management. Marc has three children and four grandchildren. 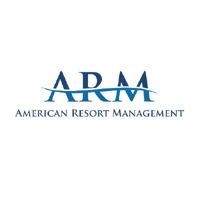