Mr. Shahor, aged 62, is the CEO and co-founder of HolistiCyber. Prior to HolistiCyber, Mr. Shahor served as the CEO of BSI, a global provider of holistic (cyber, HR and physical) security solutions, as well as the CEO & Co-Founder of Focal Energy where he continues to serve as an e-board member. Mr. Shahor was also previously the Managing Partner of Star Ventures, a $1 billion global venture capital group where he served as a board member in Azimuth Technologies and Maayan Ventures (TASE), Unity (NASDAQ) and several privately-owned companies. Prior to his time at Star Ventures, Mr. Shahor had a long and decorated career with the Israeli Defence Forces. He was the Commander of the IDF's top Special Forces unit and also served as a Brigadier General, as the acting Military Secretary of the Israeli Defence Minister. Mr. Shahor has a Law degree and an MBA from Tel-Aviv University and he is the chairman of two non-for-profit organizations: “GALLOP” and “Msdar”. 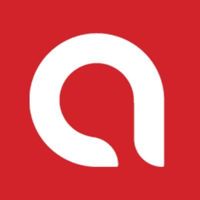