Doug DeVos co-chairs the Board of Directors of Amway, one of the world’s leading direct selling companies. He previously served as president of Amway for more than 16 years. DeVos’ focus on fostering entrepreneurship and providing opportunities for people around the world to start a business of their own helped drive Amway to its leadership position in the industry. DeVos, who joined Amway in 1986, previously served in various leadership positions for Amway in Europe, the Americas and Asia. In 2018, the U.S. Department of Commerce appointed DeVos to the U.S.-India CEO Forum. Beyond Amway, DeVos chairs the Executive Committee for the National Constitution Center in Philadelphia and is involved in numerous Michigan business and civic organizations, including the Business Leaders for Michigan, West Michigan Policy Forum, and Gerald R. Ford Presidential Foundation. DeVos has also served as an industry leader in numerous roles including Chairman of the World Federation of Direct Selling Associations (2014-2017) and Chairman of the U.S. Direct Selling Association (2003-2004). He has been inducted into the U.S. Direct Selling Association Hall of Fame and been recognized with the Direct Selling Education Foundation’s Circle of Honor award. DeVos, along with his wife, Maria, are very active with their personal Foundation supporting many community causes with a special emphasis on families, education, and economic opportunity for all. A passionate sailor, DeVos has partnered with Hap Fauth, Roger Penske, and the NYYC to compete for the America’s Cup in 2021 in Auckland, NZ. DeVos earned a bachelor’s degree in management from Purdue University, where he also played football. Doug and Maria continue to live in Grand Rapids and have 4 grown children. 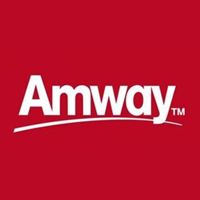