Mr. Chen has been our senior vice president since March 2016. Mr. Chen joined us in March 2016 and served as our general counsel from March 2016 to May 2020. In his day-to-day responsibilities, Mr. Chen undertakes a broad range of regulatory engagement in connection with our Group’s international business activities. Prior to joining us, Mr. Chen was a partner and head of China practice at Simpson Thacher &Bartlett LLP, a New York-based international law firm, where he worked on a variety of equity and debt offerings and mergers and acquisitions involving primarily PRC companies, including his lead role in advising Alibaba in its initial public offering on the New York Stock Exchange in 2014. Mr. Chen has extensive experience in corporate governance and regulatory matters. Mr. Chen has been qualified to practice law in the State of New York since October 2001 and has been a solicitor of the High Court of Hong Kong since July 2011. Mr. Chen obtained a juris doctor degree from Osgoode Hall Law School, York University in Toronto, Canada in June 1994. 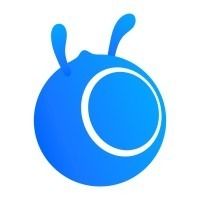