Professor Tony S K Mok was trained at the University of Alberta, Canada and subsequently completed a fellowship in medical oncology at the Princess Margaret Hospital in Toronto. After working as a community oncologist in Toronto, Canada for seven years, he returned to Hong Kong in 1996 to pursue an academic career. Professor Mok is the Li Shu Fan Medical Foundation endowed Professor and Chairman of the Department of Clinical Oncology at the Chinese University of Hong Kong. His main research interest focuses on biomarker and molecular targeted therapy in lung cancer. He was the principal investigator and first author on the landmark Iressa Pan-Asia Study (IPASS), which was the first trial that confirmed the application of precision medicine for advanced lung cancer. He has led and co-led multiple other international Phase III trials, addressing various aspects of the management of advanced lung cancer. His work also includes clinical research on oncogene driven lung cancer and immunotherapy and he contributes to the development of clinical research infrastructure in China and Asia. He co-founded the Lung Cancer Research Group, the Chinese Thoracic Oncology Research Group and the Asia Thoracic Oncology Research Group. Professor Mok has contributed to over 250 articles in international peer-reviewed journals, including the New England Journal of Medicine, Science, Lancet, Nature Medicine and Journal of Clinical Oncology, and published multiple editorials and textbooks. He is the past-President and past-Treasurer of the International Association for the Study of Lung Cancer (IASLC) and serves on the Board of Directors of the American Society of Clinical Oncology (ASCO). His work has been recognised by numerous awards including the Bonnie Addario Award in 2015, Fellowship of the American Society of Clinical Oncology (FASCO) in 2017, the Paul Bunn Jr Scientific Award in 2017, the National Science and Technology Progress Award in 2017 and the ESMO Lifetime Achievement Award in 2018. 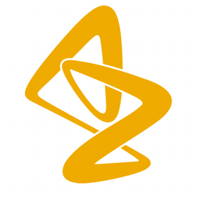