Mr. Nelson joined COC in 1988 and has held various successive financial roles since that time. He was appointed Chief Financial Officer of Cineplex Galaxy Income Fund in 2004 and has continued in this role following the company’s conversion to the Corporation in 2011. Mr. Nelson oversees the finance, purchasing, communications, risk management and corporate development areas of the Corporation in addition to overseeing eSports. He is a member of the Finance and Audit Committee of the Baycrest Centre for Geriatric Care. He graduated from the University of Toronto with an MBA and holds the accounting designations of Chartered Professional Accountant (CPA) and Chartered Accountant (CA). Most recently, Mr. Nelson was named Canada’s CFO of the Year for 2016. 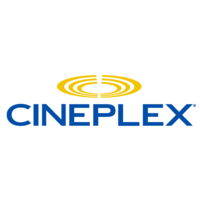