Dr. Stutman is a leadership scientist dedicated to exploring the behaviors and routines of extraordinary leaders. Labeled by Goldman Sachs as the most experienced advisor and executive coach on Wall Street, he has served as a Principal Advisor to more than 2,000 Senior Executives, including 400 CEOs. His work as an advisor and speaker has taken him to the White House, West Point, the Olympics, and the Harvard Business School. He has worked for more than 25 years with Fortune 500 companies, hedge funds, law firms, private equity funds, investment banks, and insurance companies, which include Citi, Bank of America, Morgan Stanley, J.P. Morgan, Goldman Sachs, Deutsche Bank, Credit Suisse, Royal Bank of Canada, Bank of Montreal, BankUnited, State Farm Insurance, Nationwide, Blackstone, Nomura, Cowen, Evercore, BorgWarner, PerkinElmer, Silver Point Capital, Taconic Capital, GoldCorp, Latham & Watkins, Neuberger Berman, Third Point, Senator Investment Group, BDT, Debevoise & Plimpton, and Summit Rock Advisors, among many others. With a fierce devotion to understanding what makes great leaders great, he is the founder of the Admired Leadership Institute® which is dedicated to uncovering and teaching the uncommon behavioral routines of the world’s best leaders. Dr. Stutman promotes the idea that exceptional leaders engage in the same routines in all aspects of their lives, including in the family, in the office, with friends and colleagues, and with clients. He is a popular speaker on the behaviors of extraordinary leaders and was delighted when he was recently introduced by a leader familiar with his work as a “practical savant.” Dr. Stutman began his career at the University of Illinois teaching and conducting research on managing conflict in relationships, groups, and organizations. Among many published works, he is the co-author of the award-winning book, “Working Through Conflict.” A former collegiate golfer, Dr. Stutman works with college golfers and golf teams to improve mental toughness whenever he has free time. 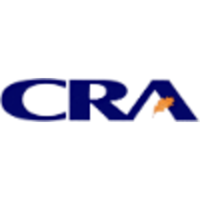