Tony Paris has been covering Atlanta music, news, and culture since 1975. After establishing his career at the Atlanta Gazette, Paris became Creative Loafing's music editor in 1980, a position he held until being named managing editor, 1994 - 1998. Leaving the paper in in 1998, Paris worked in Jerusalem, Tokyo, and New York, before returning to Creative Loafing as a music columnist in 2017. In 2018 Paris again assumed the duties of managing editor. 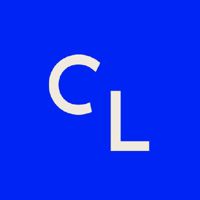