Board Member at CRISPR Therapeutics

Dr. Ali Behbahani has served on our Board of Directors since April 2015. Ali joined New Enterprise Associates, or NEA, in 2007 and is a Partner on the healthcare team. He has also served as a member of the board of directors of Nevro, a medical device company, since August 2014, Adaptimmune Therapeutics since September 2014 and Genocea Biosciences since February 2018. Prior to joining NEA, Ali served as a consultant in business development at The Medicines Company. In addition, he formerly served as a Venture Associate at Morgan Stanley and as a Healthcare Investment Banking Analyst at Lehman Brothers. Ali concurrently earned an M.D. from the University of Pennsylvania School of Medicine and an M.B.A. from the Wharton School of the University of Pennsylvania, where he graduated with honors and was a Palmer Scholar. He also holds a B.S. in Biomedical Engineering, Electrical Engineering and Chemistry from Duke University. 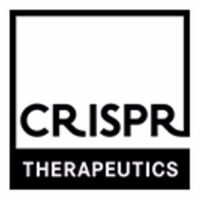