Mrs. De Colle has been with Danieli since 1963. Her role in administrative and accounting sector was expanded when she took the position of the Head of Industrial Accounting and Management Control of the company. In 1981 she was commissioned to set up and launch the Production Planning System starting from the Machine tool operations up to the Assembly lines for the steel industry plants. In 1982 she was appointed to Company Executive. In 1984 she became General Manager of Danieli Natisone, a subsidiary which sells and designs cold finishing lines. In 1991 she assumed the position of Deputy General Manager of the Danieli & C. that put her in charge of production, Purchasing Department, Warehouses and activities related to incoming semi-finished parts and shipping of pre-assembled plant parts. In 1999 she was appointed Member of the Board of Directors with executive powers. She has been Charwoman of the Acciaierie Bertoli Safau SpA since 2003 and she held a position of Deputy Chairwoman of the Danieli Group from 2003 until 2017. Mrs. De Colle takes an active role in passing decisions as a representative of the Board of Directors and Group Executive Board. 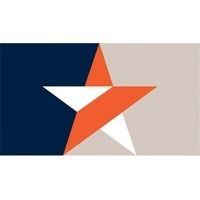