Koji Arima is president & CEO of DENSO Corporation, headquartered in Kariya, Aichi, Japan. Arima graduated from Kyoto University’s Faculty of Engineering. In 1981, he joined DENSO Corporation (formerly Nippondenso Co., Ltd.), and was assigned to the Production Engineering Division where he worked on the development of resin materials. In 1989, he was transferred to DENSO Manufacturing Tennessee, Inc. to lead the launch of local production. After returning to Japan in 1995, he worked on the development of SC alternators and established the world’s first processing technology in this field, which led to the successful development and mass production of SC alternators. In 2005, he took office as president of DENSO Manufacturing Italia S.p.A. and helped return the business to profitability. He was named executive director of DENSO Corporation in June 2008. After returning to Japan in 2009, Arima was responsible for the Engine Electrical Systems Product Division. He led the establishment of the production system for SC alternators outside Japan, and promoted the expansion of global sales. He also led the development and mass production of starters for stop/start systems and motor generators. In 2013, Arima became the leader of the Production Innovation Center, and supervised production-related technology development and production. In 2014, he was promoted to senior executive director of DENSO Corporation. Arima was appointed to president and CEO in June 2015. 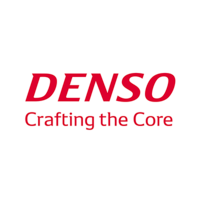