Carlos D. Torres has over 35 years of broad Utility leadership experience first as an executive for Consolidated Edison of New York, Incorporated (Con Edison) and then as an independent consultant. As an independent consultant, he has worked on several strategic and operational consulting engagements including being assigned by the Governor of Puerto Rico as the Power Restoration Coordinator for the restoration of Puerto Rico Electric Power Authority’s transmission and distribution electric systems following Hurricanes Maria and Irma, development and implementation of a Business Continuity (or Continuity of Operations) Plans and evaluating/assessment of plans and procedure implementations during full-scale exercises. At Con Edison (and Orange & Rockland Utilities), he served as the Vice President of Emergency Preparedness & Business Resiliency (EP&BR). During his over 32-year career at Con Edison, he also held numerous leadership and operational positions in electric, natural gas, steam, and construction operations throughout the company. In his role as Vice President of EP&BR, he was responsible for planning, implementing, and overseeing the company’s emergency and crisis management, business continuity and pandemic planning activities. He was responsible for all aspects of designing, exercising, testing, and executing the Incident Command System (ICS). He served as incident commander for many responses as well as the Incident Management Assist Team (IMAT) member for the companies Incident Commanders during major, full-scale events and crises (role of the VP of EP&BR). He oversaw Con Edison’s response to numerous weather events, including major storms (e.g., Superstorm Sandy and Hurricane Irene), and emergencies such as the 9/11 attacks and the 2003 Northeast Blackout. He was also responsible for the implementation and continuous improvement of the ICS leading and supporting the enterprise through not only major storm restorations and other electric/gas/steam system events, but also a labor strike contingencies and business continuity/pandemic events. This involved both drilling/exercising for such events as well as response to actual events As the company’s lead emergency response liaison, he worked closely with federal, state, and local agencies from both the response, coordination as well as from the emergency planning perspective through drilling and exercising (both joint, individually or observation/evaluation). As the continuous improvement leader in the application of ICS in the Utility industry, He has worked on numerous exercises with federal agencies such as GridEx and Clear Path exercises for all types of events including major storm restoration, earthquake/tsunami events, cyber events and physical attacks. 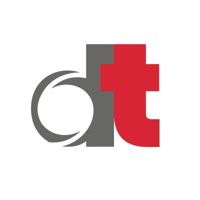