Greene has more than 30 years of experience leading financial operations. He most recently served as CFO at Bioverativ, a global biopharmaceutical company focusing on patients with rare blood disorders. Prior to that, he was CFO for Willis Group Holdings from 2014 to 2016, which was preceded by more than eight years at HSBC Holdings, where he held CFO positions for several divisions, including retail bank and wealth management; insurance and consumer and mortgage lending. He also held various CFO roles in his 12-year tenure with General Electric from 1993 to 2005. 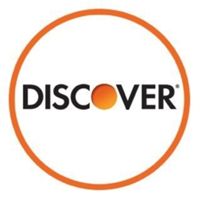