Marty Martin joined Drake University as its 13th president in July 2015. An accomplished academic administrator, dean, and professor, Martin joined Drake following 10 years at Gonzaga University in Spokane, Wash. He served as executive vice president at Gonzaga from 2010 to 2015, after serving as acting academic vice president from 2009 to 2010 and as dean of the School of Law from 2005 to 2010. Prior to Gonzaga, Martin spent eight years (1997-2005) as a professor of law at Texas Wesleyan University School of Law and served as associate dean for academic affairs for his last two years. Before beginning his academic career, he served for eight years as an active-duty U.S. Air Force staff judge advocate officer in England, Germany, and the United States. Martin served an additional 12 years in the Air Force Reserves, retiring as a lieutenant colonel in 2007. Raised in Hartford, Kentucky, Martin received his bachelor's degree and a J.D. from the University of Kentucky, making him a fourth-generation attorney in his family. He earned an LL.M. from Yale University School of Law. Martin is married to Laura Martin, and they have two sons, Cade and Case. Cade graduated from Drake in 2019 and Case is a current Drake student. 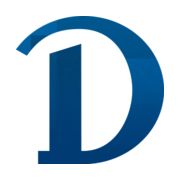