Dan is an accomplished intellectual property attorney with an extensive knowledge of the pharmaceutical and biotech industries. Prior to joining Dyne, Dan served as senior corporate counsel at Celgene. In that role, he led the intellectual property group for the Massachusetts office while working on a variety of global business deals, collaborations and product development teams. While at Celgene, Dan was patent counsel for project teams that launched two new medicines. Previously, Dan was intellectual property counsel at Sunovion Pharmaceuticals. He began his legal career working at the law firms of Goodwin Procter and Testa, Hurwitz & Thibeault, where he worked with a variety of life science companies. Dan received his B.A. in biology from Swarthmore College, his M.S. in pharmacology from University of Pennsylvania and his J.D. from Boston University School of Law. 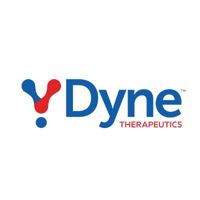