Dinesh Masheshwari brings to Groq more than three decades of executive and technical leadership with passion for enabling new businesses through entrepreneurship and innovation. He was part of the revolution in multi-threaded multi-processor systems in the mid-‘80s; was at the forefront of the EDA software revolution from late ‘80s to mid-‘90s; was part of the revolution in optical communications and networking from late ‘90s to early 2000s; while working at 9 startups, 3 of which he co-founded. Most recently he served as CVP, CTO of Memory Division at Cypress Semiconductor. Dinesh is also a partner at SiliconCatalyst, where he mentors startups on business, market, product, and technology strategy. He has served on the Board of Advisors of 7 startups and on the Board of Directors of JEDEC and UPA. He has been awarded 58 US patents with 23 additional patents pending. 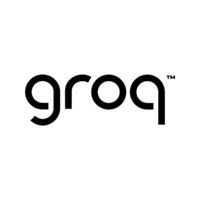