Mark Patterson is GroupM’s COO, a key partner to the CEO and a member of the global executive committee. He works closely with global, regional and local teams to drive against the group’s ambition to make advertising work better in the world. He ensures GroupM services consistently create marketplace advantage for clients and that GroupM is a unique and positive partner to media owners and platforms the world over. Mark was prior APAC CEO where teams he built created GroupM’s market-leading position by helping local and global advertisers reach consumers in some of the world’s fastest-growing and most dynamic markets. He’s been with WPP for 30+ years, starting with Ogilvy & Mather in London, but his WPP career significantly accelerated in 2000 when he relocated to Tokyo and became CEO, Mindshare Japan, establishing the country’s first major media planning agency. He became Mindshare’s CEO for North Asia in 2002, then a year later, relocated to Hong Kong to lead China, Taiwan, Hong Kong, and Japan. In 2005, he became GroupM’s CEO for North Asia, two years later APAC COO, and then in 2008, APAC CEO. Mark is a graduate in commerce from Birmingham University. 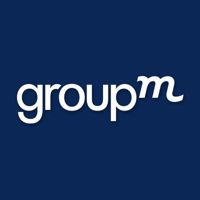