Bill Koenigsberg founded Horizon Media in 1989, with strategic leadership and client service as its central tenets, and a firm belief that business is personal. Today, with over $8.7 billion in client investments and more than 2,300 employees, Horizon is the largest privately-held media agency in the world, representing GEICO, Sprint, Capital One, Restaurant Brands International, A+E Networks, Constellation Brands, STX Entertainment and UnitedHealth Group to name a few. Under Bill’s leadership, Horizon has evolved into world class data-driven marketing organization. Over the past 30 years, Horizon has received numerous honors for creativity, innovation and marketing effectiveness. Most recently, Mediapost named Horizon its 2018 Media Agency of the Year, and Horizon has previously been named Media Agency of the Year by Advertising Age, Adweek, Mediaweek and Brandweek. The agency has also been named Independent Media Agency of the Year by Mediapost and was named one of the world’s most innovative advertising and marketing firms by Fast Company. Horizon has a culture first approach and has appeared on numerous lists as one of the Best Places to Work in publications such as Forbes, Fortune, Advertising Age, Adweek, Los Angeles Business Journal and Crain’s New York Business. Of particular note, Fortune has named Horizon as one of the Best Places for Women to Work and named Horizon one of their 100 Best Places to Work for Diversity. Bill has received numerous industry accolades for his vision and leadership including the honor of being inducted into the American Advertising Federation (AAF) Hall of Fame in 2019. He was named Industry Legend by the Advertising Club of New York, has been honored on Adweek’s prestigious Power List, named to the 4A’s Advertising 100 list, honored as one of the Giants of Broadcasting and Electronic Arts by the IRTS Foundation, and recognized by Cynopsis as a Luminary, with its “Champion Award” in 2017. He was named to Variety’s Gotham 60: Influential New Yorkers in Entertainment and Media list in 2015. The esteemed list profiles Variety Magazine’s pick of New Yorkers who have made an impact in the past year on the city’s entertainment and media scene. In 2014, he was inducted to the Broadcasting & Cable Hall of Fame, which honors pioneers and innovators of the electronic arts. In 2014, Bill was the first media executive to be named board chair of the 4A’s and is the only person to receive the prestigious Advertising Age Media Maven Award twice. He has also been honored as Media Executive of the Year by Mediaweek and featured as one of its top 50 most influential executives in the industry. Bill served as the Chairman of the 4A’s Board of Directors from 2014 to 2017, and currently serves as Vice Chair of the 4A’s Board of Directors. He is on the board of the International Radio and Television Society and serves as Chairman of the Media Exposure Committee. The IRTS Foundation named honored him with the “Hall of Mentorship Award,” and The National Association of Black Owned Broadcasters (NABOB) and The Power of Urban Radio Alliance honored Bill for his strong leadership on the industry’s adoption of the 4As Non-Discrimination Policy and Complaint Review Process. Philanthropy plays an important part of his life. He has been awarded the Reisenbach Foundation’s “Distinguished Citizen Award” for his contributions to the organization’s goal of creating a safer New York. He was also honored with The National Kidney Foundation’s “Visionary Leader Award,” and City Harvest’s “the Star of the City Award” for this longstanding commitment and support. Bill also actively supports the Michael J. Fox Foundation. 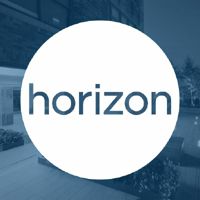