Caldwell joins as Michael Simon, founder and CEO of NDVR, Inc. and former co-founder, chairman, and CEO of LogMeIn, retires from the board. Simon joined HubSpot's board in 2011 and has supported the company through key milestones, including an IPO in 2014 and numerous product expansions over the years. Caldwell has a proven track record in building and scaling well-known products, including previous roles at PowerBI at Microsoft, Reddit, Looker, and Twitter, that will be invaluable as HubSpot continues to scale. His deep expertise in reporting and business intelligence, gained during his time as GM of PowerBI and chief product and engineering officer at Looker, will be especially useful as HubSpot continues to build out its reporting capabilities. Caldwell is a board member of /dev/color and BAMIT, organizations with missions of empowering Black professionals to build and grow careers in the technology space. He also co-founded Color Code, a scholarship fund dedicated to future leaders of color in technology fields. 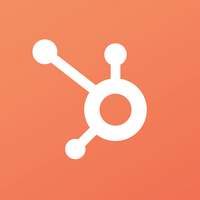