Roman Kadinsky, CFA is the Chief Operating Officer and Cofounder of HYPR. Roman is responsible for HYPR’s day-to-day operations and works closely with employees, partners and clients to deliver on the company’s mission of enabling true passwordless security. Roman is also responsible for all aspects of finance, control, legal affairs and human resources. Prior to cofounding HYPR, Roman worked at Goldman Sachs in a variety of roles including Securities Sales and Equities Management as well as Market Risk for the Investment Management Division. 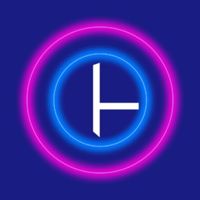